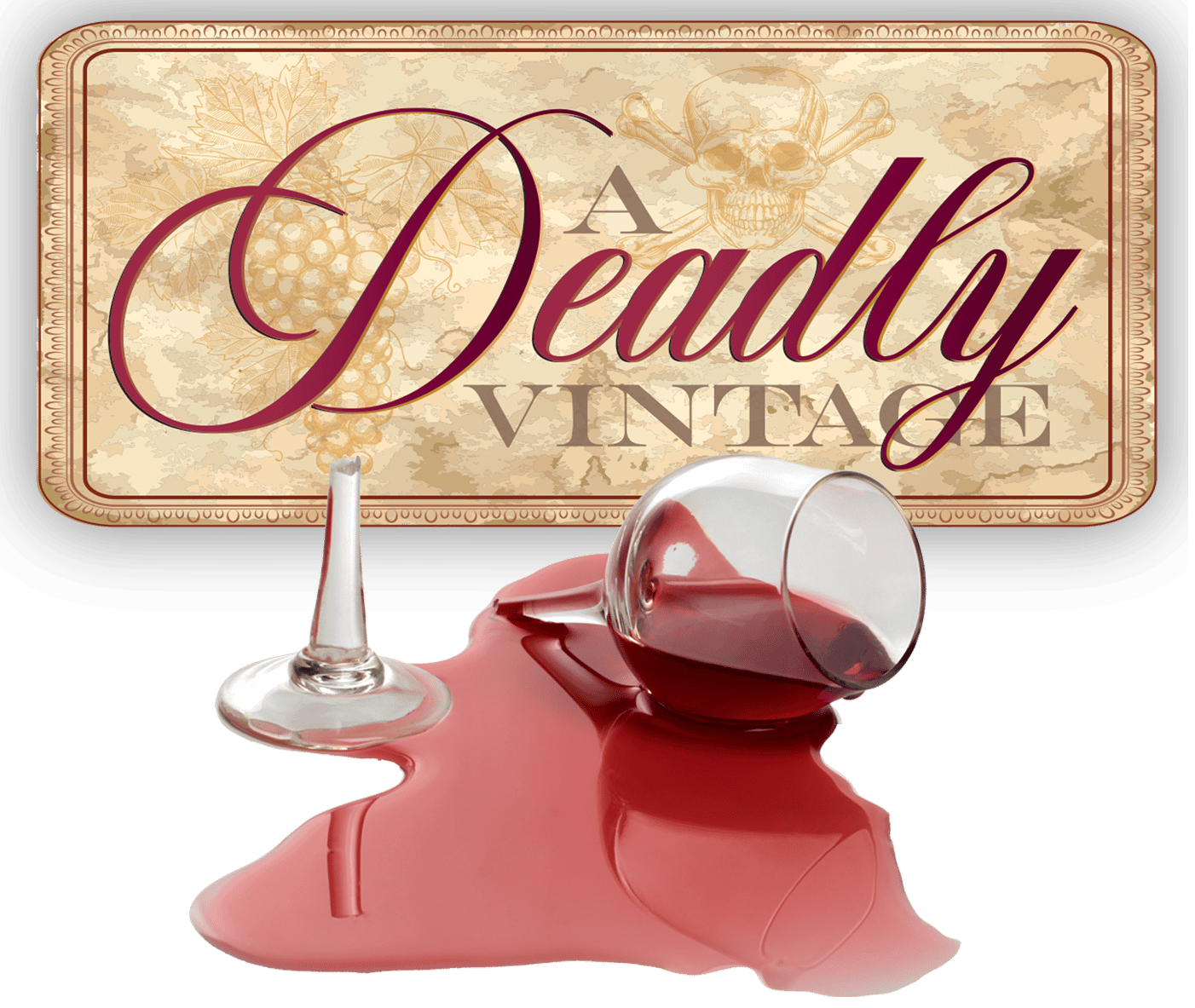 Join us for a night at one of the most exclusive valley events at the
Annual Vintage Release Party!

This year Chardonnay Crest Winery will host the event as a fundraiser, with the
proceeds benefitting Cabernet Cellars, whose vineyards were recently destroyed by fire.

As the winery owners and vintners of the valley clamor to show off their one-of-a-kind vintages
to each other before releasing them to the public, Charlotte Chardonnay hopes the exclusive event will pay tribute to her late father, Charles, who always put community before profit.

While sniffing, swirling and sampling the visceral vintages, a scandalous act of murder will occur, leaving the party-goers in search of an uncorked killer!

Will the murderer be a vivacious vintner who was ill prepared to deal with defeat? The vineyard owner seeking revenge for their sour grapes. Or possibly the bubbly champagne producer whose outgoing personality is covering for something?

It will be up to you to decant this crime before
the culprit can claim another vineyard victim.

** Due to the references of alcohol (wine), there is no clean version.

*Note that the cast listed below is provided only to give an idea of the types of roles available, and not presented in any order relevant to the plot. Not all cast members are included in every version.

All the tips, costume suggestions, and more for A Deadly Vintage!